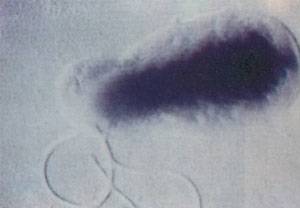 Ted Nugent made cat scratch fever (actually called cat scratch disease) nearly a household name with his song in the late 1970s but most people still know very little about this infection other than it involves a fever spread by cat scratches. In fact, it involves infection by bacteria of the genus Bartonella. There are 24 Bartonella species, 14 of which can infect humans and five of which are harbored by cats. The five Bartonella species harbored by cats are spread by fleas. The most well studied and most common Bartonella organism is Bartonella henselae. Classically, cats transmit the organism when they are parasitized by fleas, scratch themselves, and get infected flea dirt (digested host’s blood excreted by fleas) in their claws, and scratch a person or another cat with their dirty claws.

Infection with Bartonella henselae in the immunocompetent person (i.e. a normal person) person leads to cat scratch disease. The inoculation site, a scratch from a claw containing bits of flea dirt, develops a small red bump called a papule. About two to three weeks following contact with the infected cat, the lymph node in the area will swell and become painful, and a fever will develop. These signs generally resolve on their own and the condition is minor though lymph node enlargement can persist for several months.

If the patient does not have a competent immune system (in other words, they are very old, very young, debilitated from another condition, etc.), one of several far more serious syndromes can result. The infection goes deeper into the body and causes spleen enlargement, and potentially encephalitis, heart valve infection, and other conditions. These syndromes are still rare even in people who are immunocompetent but they are potentially quite serious.

How Likely is it for a Cat to be Infected?

Since fleas carry the bacteria, cats with insufficient flea control are at highest risk. This means cats living in climates that are warm and humid (conditions where fleas thrive best) are most likely to be infected. If conditions are right, up to 40% of cats in an area may be infected. If a person is diagnosed with cat scratch disease, there is a 90% chance that the cats they own will be found infected as well.

Do Infected Cats get Sick? 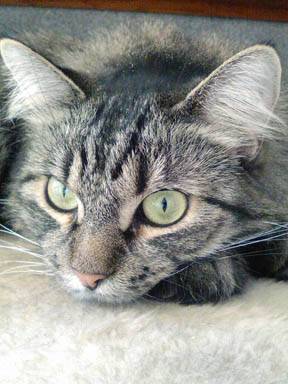 This is a highly controversial question. It was only relatively recently discovered (1992) that cats themselves were more than simple carriers of Bartonella henselae and that they could actually become infected themselves. Several illnesses seem to have been associated with Bartonella infection (fever, deep eye inflammation, lymph node enlargement, muscle pain, reproductive failure, and bacterial heart valve deposits called endocarditis) but these seem to be isolated cases for the most part. The Bartonella organisms are highly adapted to live in the feline body without causing disease and it is only in rare situations that cats actually experience issues from this infection.

It has been suggested that Bartonella infection may be at the root of numerous chronic inflammatory conditions of the cat. With such high numbers of infected cats occurring regionally (up to 40%), it is going to be difficult to prove one way or the other whether there is a real association or just coincidence.

Can Dogs get Infected?

The short answer is: yes though the species they get is Bartonella vinsonii rather than Bartonella henslae. Fleas may carry the infection as they do for cats, plus it appears that ticks may also be carriers. Since there are numerous infectious agents spread by ticks and it is not unusual for a dog to have multiple tick-borne infections, it is difficult to determine which infection is causing which signs.

Is my Cat Infected?

Testing is not recommended for the average cat even if the cat is sick. Testing would be a good idea for any cat that may become a blood donor; for the rare sick cat where Bartonella-related disease is actually being considered; if a human in the home has been diagnosed with a Bartonella-related disease; or if there is an immune-compromised person in the home, in which case testing is actually important.

There are five tests available to detect Bartonella henselae: ELISA, IFA, PCR, Culture, and Western Blot. All the tests have pros and cons and no method seems to shine above the others.

The ELISA, IFA, and Western Blot tests are tests for antibody detection, the idea being that if antibodies against Bartonella are there then Bartonella must be there as well. For most diseases where antibody levels are used to establish a diagnosis, a minimum titer or antibody amount is considered necessary to say “Yes, this patient is infected.”  A problem with this is that we know that up to 11 percent of cats with Bartonella organisms happily circulating in their bloodstreams will not make antibodies and will thus test negative. At least this means that when the test is negative there is an 89 percent or greater chance that the cat is truly negative. For screening, this kind of antibody testing is frequently paired with PCR testing.

PCR is a very sensitive DNA test for Bartonella DNA but because the organism only intermittently circulates. Results from PCR testing can rapidly distinguish different species of Bartonella.

The most reliable test is the blood culture; however, several consecutive cultures are needed because the organism tends to only circulate intermittently. A positive culture is proof of infection though a negative culture may simply not have been taken at the time when organism is circulating.

All in all, it is hard to rule out a cat as a carrier of a Bartonella organism. If results of testing are suggestive of infection, treatment can be considered if the cat is truly believed to have illness from the infection or if there is realistic concern about exposure to immune compromised person.

An assortment of antibiotics have been used against Bartonella henselae in cats: clavulanic acid-amoxicillin combination, azithromycin, doxycycline, and quinolone class medications (enrofloxacin, marbofloxacin, etc). Efficacy has been mixed and Bartonella henselae rapidly becomes resistant to therapy. Treatment is currently recommended for cats showing symptoms of disease or for cats living with immune-compromised individuals.  Treatment lasts a minimum of three weeks.

Preventing Human Infection of Bartonella: Guidelines from the Centers for Disease Control and Prevention 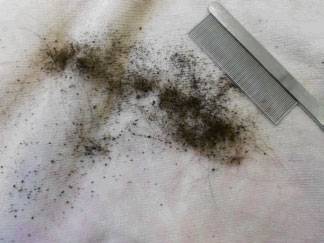 Guidelines for Prevention of Human Infection
The following guidelines have been published by both the CDC and the European Advisory Board on Cat Diseases:

No data support chemoprophylaxis (i.e. preventive drug treatment) for Bartonella-associated disease. In simpler terms, if a suspicious cat scratch has occurred, there is no point in using medication to prevent infection.

TRY NOT TO CRY: Dogs Meet Their Owner