Brucellosis is an important venereal disease in many species. It does not usually come up in pet ownership because most pet dogs are not used for breeding. Once someone has decided to breed their dog, though, it behooves them to know all about this disease, particularly since it can be transmitted to humans.

All dogs to be bred should have a brucellosis test.

Active stud dogs should be tested every 6 months.

If you are planning to breed your dog, test your dog and insist that the owner of your dog’s mate produce results of a recent test for your inspection. 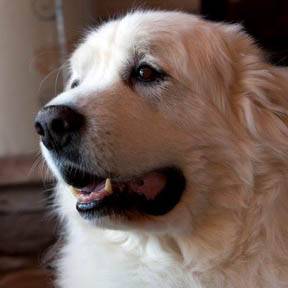 Which Type of Brucella

There are six species of Brucella and dogs are mostly concerned with Brucella canis; however, dogs can certainly become infected with Brucella abortus (from cattle), Brucella melitensis (from goats) and Brucella suis (from pigs) if they are allowed to drink contaminated milk or eat leftover birth membranes, contaminated meat, or aborted young. (The other two species are Brucella ovis, which affects only rams, and Brucella neotomae, which affects desert mice.) Luckily for humans, Brucella canis causes much less serious disease in humans than do the livestock Brucella but the health department still considers any Brucella infection reportable.

How Dogs get Infected

Dogs like to stick their noses in all sorts of nasty places. They also chew up all sorts of disgusting things. Brucellosis can be contracted sexually but it can also be contracted by inhalation (sniffing contaminated urine or fetal membranes), through the eyes, or orally (licking contaminated urine or urogenital secretions or chewing up fetal membranes). Urine and saliva from an infected dog are not nearly as rife with organism as urogenital secretions; it is when breeding and/or whelping is in the picture that the transmission risk becomes high.

When a female dog aborts a pregnancy because of a Brucella infection, she continues to secrete fluids packed with Brucella bacteria for four to six weeks.

What Happens after Infection?

The organism requires three weeks on the average to become evident in the bloodstream. After that it localizes in the reproductive or urinary tract and either continuously or periodically seeds the bloodstream from there. Lymph nodes can enlarge and possibly the spleen or liver can become inflamed but generally the infected adult dog does not seem sick in the short term. Chronic disease from long-term immune stimulation can result. This can include:

Most of the time, the only sign is aborted pregnancy between the 45th and 59th day of pregnancy (relatively late in the pregnancy). Classically, the aborted pups appear to have died at least several days prior to abortion as they do not look freshly dead. Abortion does not always appear in this most common form, though. Sometimes, the pregnancy is lost so early in its course that the problem is mistaken for infertility. Sometimes puppies are stillborn. Sometimes they are born live and infected.

Direct culture of the organism from a dead puppy, infected dog’s blood or from secretion is confirmatory but the organism is difficult to isolate in this way. This means we usually depend on immunologic tests. Which test is selected depends on what the test is being used for.

Screening before Breeding:
The RSAT (rapid slide agglutination test) is a test that can readily identify negative dogs. That is, if the test comes out negative, the dog can be considered negative. If the test comes out positive, further testing is needed. Up to 60% false positives occur. A test kit is available for use inside the veterinary hospital and some facilities can perform this test while you wait.

The IFA (immunofluorescent antibody) test is a similar screening test but it must be sent to the reference laboratory. The same guidelines apply: negative means negative, positive means do further tests.

There are two tests that fit in this category. The most specific test (meaning the most trustworthy positive value) is the AGID (agar gel immunodiffusion) test. A version of the test called the CPAGID, named for the bacterial protein it detects, is the most accurate of all.

Another test is called a TAT (tube agglutination test). It looks for antibodies against Brucella canis. Antibiotic treatment with tetracyclines can drop antibody levels low enough for the TAT to be negative but this does not necessarily indicate that the infection has cleared. At this time the CPAGID is favored over TAT.

First of all, the infected dog must be removed from the breeding program (spayed, neutered or euthanized) and isolated from any animals to be used for breeding. Ideally the dog would be permanently isolated from all other dogs so as not to transmit the infection at all. The dog can remain as a pet but probably should not be sold due to potential health risks. For pet dogs, a course of antibiotics can be given but since this bacterium is so good at hiding inside the host’s cells, you can never assume it is ever truly gone. Some people keep their dogs on tetracycline for life. Dogs do recover from this infection without treatment but it can take up to 5 years. Naturally recovered dogs cannot be reinfected; antibiotic-treated dogs can be reinfected.

Treatment options for the initial course:

Doxycycline and an Aminoglycoside
This regimen requires daily injections of the aminoglycoside antibiotic for the first and last weeks of a four-week course of treatment. The aminoglycosides are a class of antibiotics that has some very real negative effects on the kidney and so a longer course is not without risk. Monitoring may be needed. Newer literature suggests replacing the aminoglycoside with rifampin.

Minocycline and Streptomycin
Minocycline is a derivative of tetracycline that can also be used to treat Brucellosis but it is not effective when used alone. Again, four weeks of treatment is needed. Minocycline is used once daily while the aminoglycoside is used daily during the first and last week.

Lack of availability of streptomycin has been a problem for treatment of this condition. Aminoglycosides such as gentamycin have been proposed as substitutes but are not as effective. Quinolone antibiotics such as enrofloxacin have also been proposed as substitutes. These are much less toxic than aminoglycosides and may emerge as the best replacement for streptomycin.

Keeping Brucella Out of the Kennel

A new dog for a breeding kennel should be isolated for one month. Two Brucella tests two to three months apart should be adequate to confirm negativity (it takes 8-12 weeks from infection for tests to turn positive). If an infection is detected in a kennel, the entire kennel population should be evaluated.