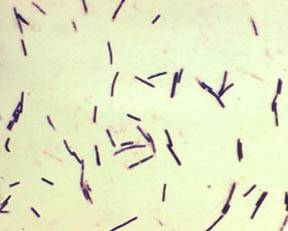 When pets get chronic diarrhea, one of the tests that sooner or later comes up is the test for Clostridium perfringens enterotoxin. Clostridium perfringens is a bacterium that produces an unpleasant toxin. The situation sounds simple: a pet gets infected with toxin-forming bacteria, gets diarrhea, and the diarrhea should at least improve when toxin-forming bacteria are removed. As with most things, the situation turns out to be more complicated.

What is Clostridium perfringens?

Clostridium perfringens is one of the brothers of the evil Clostridium family but is further classified into five types depending on what combination of four toxins it produces.

The toxins of significance that Clostridium perfringens can produce are called enterotoxins. We are particularly concerned about the alpha, epsilon, and net E/F toxins. These toxins can be seen in normal dogs but if they are in high enough amounts, they are associated with diarrhea.

How Would Clostridium perfringens Infection Happen?

The organism could be consumed in food. When it arrives in the small intestine, it forms a spore (sporulates) and begins to produce its toxin. Alternatively, the organism may have been happily and innocuously living in the intestine for who knows how long when something causes it to sporulate and produce toxin. The trigger may be dietary, may be related to infection with another organism, or may even related to giving a medication. The type of diarrhea produced by the toxin is generally a colitis, meaning the large intestine is affected. Such types of diarrhea are mucous, possibly bloody, and associated with straining. A more watery diarrhea, as comes from the small intestine, is also possible. Severity of the diarrhea can range from mild to life-threatening depending on how much toxin is produced.

The important concept is that Clostridium perfringens toxin can be the cause of the chronic diarrhea or it can be a complicating factor in a diarrhea caused by something else.

Can We Test For Toxin-Producing Strains Of Clostridium perfringens?

In the past, looking under the microscope for clostridial spores was thought to be helpful, since we know the organism must change to its spore-form to produce toxin. Apparently, the organism sporulates without necessarily producing toxin so this method has not been as helpful as we had hoped.

Severity of the diarrhea can be mild all the way to life-threatening.

When Should We Treat For Clostridium perfringens?

Getting back to the dog or cat with chronic diarrhea, the chances are that a fecal check for worms has been done and a trial course of an anti-diarrheal medication has been done. A possible next step would be a PCR panel that detects the DNA from an assortment of viruses and bacteria associated with diarrhea. Often this type of panel includes a test for Clostridial enterotoxin DNA. The laboratory will report a quantification of gene copies for CPA (the gene for the alpha toxin), CPE (the gene for the epsilon toxin), and CP net E/F (the gene for the net E/F toxin). If the number of toxin genes for any of these toxins is significant, treating with antibiotics against Clostridium is indicated.

Keep in mind that clostridial diarrhea might be the entire problem and curative with the right antibiotic or it might be secondary to a bigger problem yet to be discovered.

Treating The Toxin-Positive Dog With Diarrhea

Any number of antibiotics can be used to remove Clostridium perfringens. Some choices include: ampicillin, amoxicillin, metronidazole, erythromycin, and tylosin.  Tetracycline was formerly on the list but too much resistance has developed.  If Clostridium perfringens is responsible for the diarrhea, a response to antibiotics is generally seen in a couple of days but the full course of medication should still be completed.