As of 2017, the Fort Dodge/Boehringer Ingelheim vaccine will no longer be marketed for the U.S. and Canada

If you are like most of the cat-owning community, you may have a vague familiarity with the feline immunodeficiency virus (FIV) but are unclear on the details. You may not even be sure about the difference between the FIV virus and the feline leukemia virus (FeLV) and you rely on your veterinarian to tell you what you need to know. 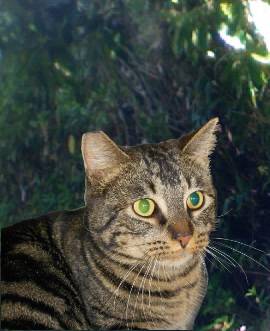 Fortunately, for most cat owners the FIV virus has been an academic matter. A new kitten receives a screening test usually for both FIV and FeLV, and cats are often re-tested when they are ill, but since most of our feline patients live their entire lives indoors, the FIV virus is not of much concern.

For outdoor cats, it is a whole other story. The FIV virus, or feline immunodeficiency virus, is spread by bite wounds between cats. Adult cats, rather than kittens, are at risk and the American Association of Feline Practitioners recommends that outdoor cats be tested annually for this virus and as well as for the feline leukemia virus (FeLV) regardless of their vaccination status.

Like HIV, FIV can live in its host’s body for years before leading to a life-threatening AIDS situation. Ultimately, FIV is suppressive to the immune system and the average life expectancy from the time of diagnosis is five years.

In August 2002, Fort Dodge Animal Health (now part of Boehringer Ingelheim) released a vaccine for FIV and promoted it heavily. Some veterinarians have looked at this vaccine which, on the surface, seems like a good idea for outdoor cats or cats living with FIV positive housemate cats. Some veterinarians have chosen not to use this vaccine at least until more information is available.

Some features of the product that leave some veterinarians with reservations are:

The American Association of Feline Practitioners considers this a non-core vaccine.