Flea Anemia in Cats and Dogs 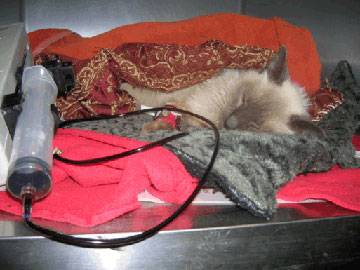 Every summer at least one of my patients dies from excessive fleas. This year we hope to get the message out early: Fleas aren’t just a nuisance. They drink blood and blood loss can kill.

In almost every case, the owner had no idea that flea infestation could be lethal.

It is hard to imagine that something as tiny as a flea could be dangerous. We all know that fleas can make pets itch. Some of us are all too familiar with the spectacular skin inflammation in a flea-bite allergic pet but many people forget that fleas drink blood and that lots of fleas can drink lots of blood. The physical state of inadequate red blood cells is called anemia and when it is severe enough, it is a life-threatening condition.

Pets will not itch from their fleas unless they are allergic to flea bites. No scratching does not mean no fleas.

It is easy to under-estimate a pet’s infestation. Only animals allergic to flea bites will itch from their fleas. This means that the animal that is not allergic to flea bites will not be scratching or losing hair thus the owner may not realize that a heavy infestation is active. If the pet is effective at licking and self-grooming, it may be hard to see the fleas, especially if the owner does not have a flea comb. Do not rely on your own ability to see the fleas; effect reliable flea control regardless of what you see or do not see.

The black, pepper-like specks found in an infested pet’s coat are actually bits of blood that have been sucked up by the flea and excreted in neat little packages to feed the larval fleas that hatch in the environment. Even if live fleas are not seen, flea dirt means that live fleas are there. 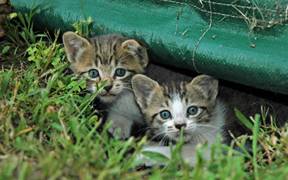 Who are the Victims?

It takes a lot of fleas to produce enough blood loss to create a life-threatening situation for the host pet but it still happens commonly. The following situations are high-risk for flea anemia.

Eventually, the weakness catches up with these animals and they will die unless they receive a blood transfusion. 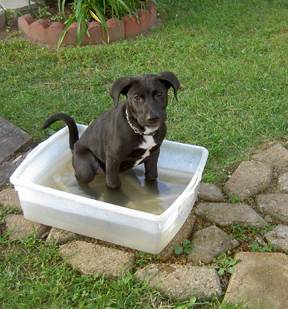 The good news is that these patients can still be treated even fairly late in the course of the disease. Often they will need blood transfusions or transfusion with blood substitutes. They also need to have the fleas removed and then returned to an environment where they will be protected from further infestation.

The first step is recognizing the problem. This is not difficult for a trained veterinary health care worker but it may not be easy for an uninformed pet owner. The affected animal will have pale gums (normal gums are shell-pink; anemic gums can be completely white). In advanced disease, the patient will be listless and even cold. A flea comb can be used to check for flea dirt. Pets sometimes eat small pebbles, dirt, or cat litter when they are anemic in an effort to obtain more iron.

A test called a hematocrit (HCT) or packed cell volume (PCV) is easily done in your vet’s office to assess the degree of anemia. The hematocrit or PCV reflects the percentage of red blood cells that should be in a sample of blood. In dogs the normal range is 38 to 57; for cats, 24 to 45. Blood transfusion are considered when values reach 20 or less.

Ridding the critically ill patient of fleas can be problematic. Often the patient is too sick to tolerate the stress of a bath and is too young or too small for flea control products. In this situation, veterinarians have to use their judgment on what is the safest route to removing the fleas. It is worth mentioning nitenpyram (brand names Capstar®, PetArmor FastCaps®, and Capguard®) at this point as this simple product has greatly enhanced our ability to clear fleas from a patient quickly and safely. Nitenpyram is available as a fast-acting flea-killing tablet with no known side effects for mammals. It is labeled for use in animals weighing 2 lbs or more and begins killing fleas within 20 minutes of oral administration. While it does not have long-acting flea protection, its ability to rapidly remove a lethal flea burden has made it especially popular for use on patients with dangerous flea infestations.

Of course after all the blood transfusions, heat support, and de-fleaing, the pet will ultimately go home, potentially to the same environment where the infestation occurred in the first place. Usually, topical flea control products will provide adequate future protection and the use of a vitamin and iron supplement will help the patient rebuild red blood cell reserves. The most important prevention is the owner’s education.

There are still common misconceptions among pet owners:

If you need help selecting flea control products, remember that your veterinarian and staff are professionally educated in this subject and will be happy to assist you.