Solving the Mystery of the Disappearing Litter

Most of us are familiar with herpesviruses because we have heard of human herpes. Medications to suppress herpes outbreaks are advertised on television and educational programs are in place in schools and communities. In humans, there are two herpesviruses: herpes I, which causes facial sores and is spread by kissing or sharing food utensils; and herpes II, which causes genital sores and is spread by sexual contact. Herpesviruses have the ability to hide in the body’s nerve ganglia, where they are safe from the immune system, periodically emerging and causing symptoms. Herpes infection is generally considered to be permanent with outbreaks of symptoms are generally associated with stress.

In fact, our pets must deal with their own herpesviruses. In cats, herpes is a respiratory virus accounting for nearly half of feline upper respiratory infections. Feline herpes is very contagious and is a common problem wherever cats are housed in groups.

Canine herpes is more of a reproductive problem than a respiratory one; in fact, most infected dogs do not appear to get sick at all or have mild conjunctivitis/upper respiratory symptoms. The virus affects the mostly the unborn and newborn.

Herpes infection in pregnancy causes resorption of the embryos, abortion of the fetuses, stillbirth, or death of puppies within a few weeks of life. Transmission occurs by direct contact (sexual contact will do it but the usual route is simply normal nosing, licking, and sniffing) between the infected and uninfected dogs. For this reason, a pregnant dog should be isolated from other dogs for the last three weeks of pregnancy and the first three weeks after birth. Let’s say that again:

Any pregnant dog should be isolated from other dogs for the last three weeks of pregnancy and the first three weeks after birth. If she gets infected during this period, the litter is likely to be lost.

There are two syndromes experienced by puppies, depending on their age at exposure. If the puppies are infected after age three weeks, a kennel cough type of respiratory infection ensues. This can be serious and can progress to pneumonia given the vulnerabilities of a puppy so small and young, but overall this syndrome is far better than what is experienced by the much younger puppies.

Puppies exposed from birth to up to age three weeks develop a painful, rapidly progressive condition that typically results in death within 48 hours. Affected puppies are very vocal, show abdominal bloating, difficult shallow breathing, cold body temperatures, and weakness. Low platelet counts associated with infection result in speckles called petechiae, which may or may not be externally visible. The entire litter may be quickly lost.

The necropsy (autopsy) is the only realistic means of finding out what happened. If you want to learn if the other litter members are at risk or if the mother dog can safely be bred again, the dead puppy should be examined.

There are many causes for the loss of a near term or newly born litter of puppies: coronavirus, parvovirus, toxoplasmosis, brucellosis, umbilical trauma, genetic disease, etc. Knowing what to do heavily depends on knowing what happened. Puppies that die from canine herpes have characteristic inclusion bodies in many tissues that can be seen under the microscope.  Inclusion bodies are essentially areas of heavy virus reproduction that are actually visible and unique in appearance. The presence of herpes inclusion bodies confirms the diagnosis. Recently a PCR test (a test for herpesviral DNA) has been developed for dogs. This test is likely to become the diagnostic test of choice in a post-mortem puppy situation. In many individuals, the aforementioned speckling is on the kidneys. If this finding is detected, herpes is confirmed and microscopic tissue examination is probably not necessary.

Prior Exposure of the Mother Dog and Screening Tests

Herpes is an extremely common canine virus and most dogs with social contact with other dogs will be exposed. The worst situation for the litter is for a mother dog who has been unexposed to the herpes virus to become infected during pregnancy or shortly after giving birth. This is the scenario that is classic for losing the litter to the virus. A mother dog with prior virus exposure may or may not re-shed the virus and infect the puppies depending on her stress level; the mother dog with evidence of prior virus exposure is not necessarily “safe.” No one really knows how often this kind of virus re-activation may occur. Given this information, testing the mother dog for virus antibodies is optional. If she is negative going into the last three weeks of pregnancy, isolation is all the more important. If she is positive, she may still be able to transmit the virus to the puppies. In either situation, the puppies are vulnerable to infection and should be isolated from any other dogs that might infect them.

So should you test the mother during pregnancy? It may not be necessary if you are going to isolate the mother and litter anyway.

Should you test her at breeding? Probably not because her infection status could change by the time she gets to the final three weeks of pregnancy.

Should you test the male? If he is being used a stud dog with any regularity, he has most likely been exposed already.

The test that is used to determine whether a dog is naive or has prior exposure is a blood test for herpes antibodies. The idea is that if there are antibodies, the virus was there at some point to generate them.  The ability of an infected dog to maintain antibodies against canine herpes is variable. Some infected dogs show no antibodies after a couple of months have passed since infection and others have antibody levels persisting for years. This makes meaningful screening a challenge; it is safest to simply stick to the isolation of the mother dog and litter. 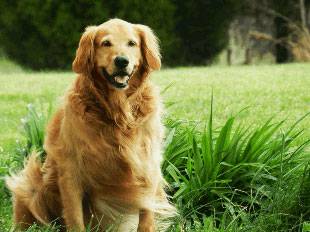 Saving the Rest of the Litter?

Canine herpes is very bad news for puppies less than three weeks of age. Often there is nothing that can be done to stop the sweep of this lethal virus. This does not keep us from fighting, however. If a seropositive nursing female dog is available (i.e. a nursing mother who is known to have been previously exposed), the litter at risk can be moved to her. Alternatively, serum from a recovered female dog can be separated and injected into the puppies as a source of anti-herpes antibodies. Warming the puppies may help as the virus cannot survive at body temperature. Antiviral medications such as Acyclovir may help.

Fortunately, herpesviruses do not live in the environment as they die at 68ºF and are readily killed by common disinfectants; direct contact with an infected host or fresh secretions is needed for transmission. Still, once a dog is infected, it will be infected for life. Shedding virus is increased by stress. One more time: all mother dogs should be isolated from the final three weeks of pregnancy through the first three weeks after birth. In Europe, a vaccine is available for use during canine pregnancy (one dose at the time of breeding and a second six to seven weeks later, to be repeated with each pregnancy.)

Herpes is most dangerous to the puppies when they are infected during pregnancy or shortly after delivery.  Once the mother has been virus exposed, subsequent pregnancies should be unaffected as she will have made enough antibodies to keep the virus in check. Her antibodies will keep her from re-shedding virus to the puppies and will transfer to her milk to provide some protection to the puppies. While this means the mother dog should not be able to transmit the virus to her puppies, they can still be infected by other visiting dogs and the litter and mother must be isolated. Further, a mother dog with a prior exposure may be able to re-shed virus if she is stressed enough for the virus to break through her immunity.