The goal in long-term management of diabetes mellitus in cats is the alleviation of unpleasant clinical signs (constant thirst, weight loss, etc.) and prevention of dangerous secondary conditions (infections, ketoacidosis, etc.). To accomplish this, blood sugar levels should be regulated between 250 mg/dl and 80 mg/dl. This is not as good as the body’s natural regulation, but it is a fair and achievable goal in most cases.

Some cats just seem completely unaffected by even high doses of insulin, and it is important to have a step-by-step plan to rule out causes of insulin resistance so that regulation can be achieved. 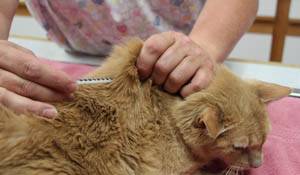 This may seem very basic but the basics are crucial. Confirm that the amount of insulin being drawn into the insulin syringe is correct, that the injection technique is correct, and that the patient is actually receiving the injection. Insulin needles can be short and may not be going deep enough for proper insulin absorption, especially in long-haired cats.

Rule out any snacking or changes in the patient’s feeding schedule. Remember, soft-moist treats tend to be high in sugar and diets not meant for diabetic cats may be too high in carbohydrates, which convert to sugars. It may be time to optimize the diet.

Be sure the bottle of insulin is not expired and that it has been properly stored. If the insulin is being given twice daily, are the injections being given 12 hours apart or close to it? Are you giving any medications to the cat that the doctor might not know about? This includes supplements and topicals.

All these issues are easily corrected, and it turns out that the most common causes for difficulty regulating a diabetic cat are those listed above. After all the basics have been covered, we need to see exactly what these glucose levels are doing.

Step Two: Determine For sure that The Patient Is Insulin Resistant

A glucose curve is needed to distinguish the following three phenomena.

Somogyi Overswing
In the case of Somogyi Overswing, the insulin dose is too high and drives the blood sugar low for part of the day. When the blood sugar is low, other hormones such as cortisone or adrenalin are released to raise blood sugar. These hormones can have a prolonged effect lasting many hours, thus creating hyperglycemia (high blood sugar). The curve will show the blood sugar start very high, then drop low, then rise very high. If a pattern like this is seen, the insulin dose needs to be reduced to keep the glucose levels from dropping so low and rebounding so high. A new curve will be needed in a week or two to see how things are going.

Rapid Insulin Metabolism
In this case, the insulin simply isn’t lasting long enough to create sustained normal blood sugar levels. If the curve shows that the insulin effect is wearing off too soon, twice a day administration of the insulin may solve this problem or a longer acting insulin may be needed.

True Insulin Resistance
Here no significant drop in blood sugar level (levels stay greater than 300 mg/dl) is seen in response to the insulin dose used. Usually there is a history of prior increases in insulin dose all met with minimal response.

We shall continue assuming that the patient has true insulin resistance on the glucose curve.

Step Three: Are There Medications Being Used That Could Elevate Blood Sugars?

The obvious medication would be a member of the cortisone (corticosteroid) family. This might be a pill, a shot, an asthma inhaler, or even a topical ointment, spray or ear cleaner. Always keep your veterinarian informed about products you are using.

Progestins (female hormones) were previously used frequently to treat behavior problems as well as skin diseases in cats. These medications were famous for inducing and promoting diabetes mellitus. If the cat is licking a hormone-containing topical medication from the owner’s skin, this is also important to report. Likewise, if the diabetic cat is female and not spayed, her natural hormones could be the problem and spaying may solve everything. 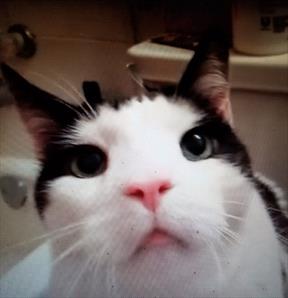 Concurrent illness increases the patient’s stress level and leads to glucocorticoid hormone release. All these extra steroid hormones interfere with insulin and raise blood sugar levels, so it is important to check for infections, heart disease, liver disease, pancreatic inflammation and any other condition that could cause a problem.

Diabetic animals are at special risk for developing bladder infections since they have so much sugar in their urine. Stress of any kind will contribute to high blood sugar and infection would lead to stress. A urine culture should be done to rule out bladder infection plus the teeth and skin should be inspected for infection in these areas. If infection per se is not found, the patient should be screened for other chronic illnesses that might constitute a stress. A basic blood panel would be a logical starting point.

If infection or other stress is allowed to go unchecked, ketoacidosis, an especially life-threatening complication of diabetes mellitus, can develop so regular screening is a good idea even if the cat is regulated.

If the cat does not have concurrent illnesses as described and insulin resistance is confirmed, it is time to consider a second hormone imbalance.

Hyperadrenocorticism (Cushing’s Disease)
Cushing’s disease is relatively common in dogs but less so in cats. In short, this condition involves an excess in “cortisone”-type hormones either from over-production within the body by way of a hormone secreting tumor or over-treatment with a corticosteroid medication as described above. Cortisone (more accurately referred to as cortisol), raises blood sugar in preparation for a fight or flight situation. If a diabetic cat has excessive cortisol, the cortisol effects may be overwhelming the insulin and creating insulin resistance. If the excess cortisone situation is resolved, it is possible that the diabetes will also resolve.

Hyperthyroidism
Thyroid hormone is another one that alters glucose metabolism. While hyperthyroidism is a common condition of older cats, less than one percent of hyperthyroid cats are also diabetic. Still, when a diabetic cat becomes hyperthyroid, control of the thyroid disease generally leads to better regulation of the diabetes.

More information on feline hyperthyroidism may be found here.

Acromegaly
Acromegaly results from an over-secretion of the pituitary hormone known as growth hormone. This hormone normally is responsible for one’s growth from infancy to adulthood. When adulthood is achieved, its secretion dramatically slows, bone growth plates close, and growth essentially stops. If for some reason, this hormone begins secreting again, growth resumes but not generally in normal proportions as the limb bones have closed their growth areas.

One of the effects of growth hormone is causing the body tissues to become resistant to insulin by interfering with tissue insulin receptors. Animals with acromegaly are frequently diabetic.

The prognosis and treatment for acromegaly is different between dogs and cats. Dogs generally develop acromegaly due to excess progesterone secretion (as would occur from an ovarian cyst). Canine patients are thus usually older unspayed females and spaying may be curative depending on the remaining ability of the pancreas to secrete insulin.

The feline situation more closely approximates the human situation. Cats and people develop acromegaly when they develop a growth hormone secreting pituitary tumor. Over 90% of acromegalic cats are male (there is no sex predisposition in humans.)

The diagnosis of acromegaly can be difficult. Growth hormone can make soft tissue organs enlarge and cause characteristic proliferation of gum tissue in the mouth, but pituitary tumors require some kind of brain imaging (CT scan or MRI) for detection. In terms of blood testing, two values are helpful: a growth hormone level and an insulin growth factor-1 level. Growth hormone, unfortunately, is not secreted evenly throughout the day meaning there is overlap between what normal cats do and what acromegalic cats do.

Insulin Growth Factor-1, known as IGF-1 and previously known as somatomedin C, is produced by the liver in response to growth hormone and is responsible for many of the effects of growth hormone. IGF-1 can also be measured and may be a more helpful parameter since, unlike growth hormone, it is released in a more steady fashion. (Also, few laboratories run growth hormone levels so often only the IGF-1 value is available for interpretation.)

Treatment of feline acromegaly is difficult and may involve radiotherapy of the pituitary tumor causing the problem. Unfortunately, this condition seems to be more common than previously had been thought and research is ongoing.

When a patient is treated with insulin from another species, the immune system recognizes the introduction of the foreign protein and generates antibodies. It was because of this phenomenon that most commercial insulin available is genetically engineered human insulin so that human diabetics no longer need to worry about making insulin antibodies.

But where does this leave dogs and cats? It leaves them making antibodies against human insulin, that’s where.

One would think this would pose a big problem but in fact insulin antibodies are not always bad. Most of the time the antibodies simply interfere with removal of the insulin leading to a longer acting insulin than would be achieved with the same type of insulin made from the native species. For example, Humulin N (human insulin) will last longer in the dog than Canine Insulin N. This may be desirable depending on the patient; changing the species of origin of the insulin is one way to get the insulin to last a bit longer.

To become insulin resistant from antibodies, one must lose 70% or more of the insulin injection to antibody binding. This is unusual but possible and should not be forgotten as a possible cause of insulin resistance. Blood tests to measure insulin antibodies are available in some areas. Insulin can be switched to a species of origin more closely related to the species desired.

If a Cause Cannot Be Found

If a cause cannot be found or if treatment for that cause is not practical or possible, the good news is that multiple high doses of insulin can generally overcome the resistance. Sometimes combinations of short and long-acting insulins are used together to achieve reasonable regulation. Some of the oral agents listed in the section on controlling diabetes without insulin may be helpful.